Alternatives to Sugar: Stevia vs Erythritol

Sugar is often used generically to describe any sweet-tasting, soluble carbohydrate used mainly for enhancing the taste of food. Sweeteners are derived from various plants, animal and synthetic sources. Consequently, each source serves a different purpose and as such has its own benefits and disadvantages. If you have a sweet tooth, you should be selective about what sweetener is used to create those deliciously sweet treats you enjoy.

Honey from the honey-bee served as one of the earliest forms of sweetener as far back as records provide. However, it was not available in large enough quantities and recent modifications and additions to the substance have decreased its popularity. Thus plant-based replacements were sought and have long since been implemented. Sugar is now utilized in a variety of forms, such as icing, confectionary, powdered, and syrups. Additionally, they may be extracted from fruits, trees and other plants such as coconuts, dates, maple trees, sugar cane stalks, beets and much more.

Such sugars are said to be composed of 50% glucose and 50% fructose. Yet over-consumption of these sugars can lead to mild and serious health issues ranging from tooth decay and obesity to diabetes. Many suggestions have been made to curb this over-consumption of sugar, including a recommendation by the World Health Organization (WHO) that we should only take 5% or less of sugar on a daily basis.

[Sweetener and Ration Conversion Chart Below]

Don’t think this is an attempt to kill your sweet tooth and crush your dreams of using sugar! Not at all. Presenting…. drum roll, please…. stevia and erythritol. These two healthy plant substitutes make having your cake and eating it possible! Having introduced these alternatives to sugar let’s have a closer look at their similarities and differences.

The indigenous people in Paraguay and Brazil have, for so many years now, consumed stevia by chewing on the leaves of the plant. The sweetness comes from its leaves, which can be ingested as is or dried and steeped in hot water, like tea. Stevia, a plant-based alternative to sugar, is extracted from the leaves of Stevia Rebaudiana (from sunflower family), a plant found in South America. As such it is cultivated in large quantities primarily in Brazil, Paraguay, Japan, and China.

However, in the United States, commercial and marketing of natural leaves are not allowed. Therefore, to meet the regulatory requirements of FDA,  stevia needed to undergo a filtering process to achieve concentration and purity. As a result of these manufacturing processes, stevia is available in the form of powder, granulated or suspended in liquid.

Though Erythritol is also extracted from the leaves of a plant, it is classified as sugar alcohol due to its chemical nature. Erythritol is derived through the process of fermentation, similar to the wine and liquor creating process. It is, therefore, a by-product of the fermentation process. Commonly used plants in extracting erythritol for commercial purposes are corn and birch. Erythritol is available in granulated form.

Are you on a special low-carb diet? How about the Keto diet? Guess what! Both are suitable for low-carb diets, including the Keto diet as they have zero calories. Meaning, there is no need for you to worry about adding additional pounds when you use either stevia or erythritol with your food. The level of sweetness alone reduces your intake as stevia is already over 200 times sweeter than sugar.

Yet there’s no need to worry about our health because as a rebaudioside it cannot be absorbed by the body thus negating any negative setbacks. Careful, commercially-manufactured stevia might have other ingredients that might contribute to the additional calories per serving. Similarly, Erythritol is 60-80% sweeter than sugar, and it is not completely absorbed by the body so there is a limited effect on blood sugar levels. Five grams of erythritol is equivalent to one calorie.

Consider the table below for the sweetness and caloric differences between the two:

It’s always important to consider the health benefits. Here are some health tips we’ve selected for you:

However, we must also take into consideration that taking too much stevia or erythritol can also pose some health problems.

To determine the amount of stevia or erythritol that we need to consume on a daily basis, World Health Organization (WHO) recommends a limit of 1.8 milligrams of stevia per pound per day. However, WHO didn’t set a limit for erythritol because of the relatively limited risks associated with its use.

Stevia and erythritol can both be used as an alternative to table sugar. However, there are certain things that have to be considered before using them in cooking.

These conversions in the chart below may prove to be a useful guide for your meal preparations:

Want to try using stevia or erythritol in your meal prep recipes? Try our Cinnamon Roll Muffin recipe and Stuffed French Toast at home! Take note of the measurements used on the recipe, kindly refer to the converter above to get the exact amount needed for your next meal prep creation.

This site uses Akismet to reduce spam. Learn how your comment data is processed. 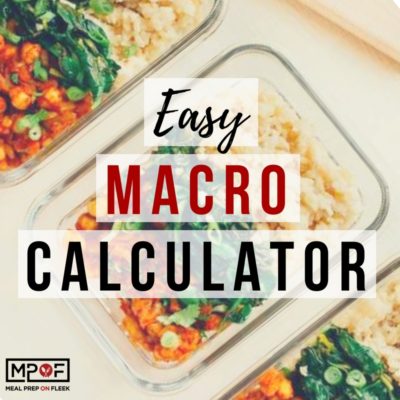